Eugenio Montale (1896–1981) was one of the most important Italian poets of the 20th century. Amongst his most famous collections are Ossi di Seppia/ Cuttlefish Bones (1925), Gli Occasioni/ The Occasions (1939) and La bufera e altro/The Storm and other things (1956). He won the Nobel Prize in Literature in 1975. Linked to the rough, bare landscape of his native Liguria, His poetry  expresses a profound feeling of disillusionment and ‘il male di vivere’ (the evil of life). Although his poetry was considered difficult and obscure, by some critics, he contributed greatly to the revival of Italian poetry in terms of both language and prosody and is considered one of the greatest Italian poets after Giacomo Leopardi.

In his later works, Montale’s poetry changed in terms of both prosody and themes; a disenchanted wisdom pervades the lines together with an understated tone. The most famous poems of this period are collected in Satura (1971) and Xenia (1966); these form a conversation with his dead wife. He remarks: ‘La mia Musa è lontana’ (‘my muse is far away’). His work includes prose pieces as well, such as Farfalla di Dinard, travel journals, and critical essays and articles he wrote for Corriere della Sera.

In his most famous poems, he expresses the anxiety concerning life and death that he faced bravely with austere pessimism and inner strength. This attitude restores dignity to the human condition despite its mortal destiny. In this way, humankind are invited to question themselves and their choices in the quotidian that is also universal and where the artist, though isolated, conveys the essence of things thanks to his keen observation and poetical vigour. 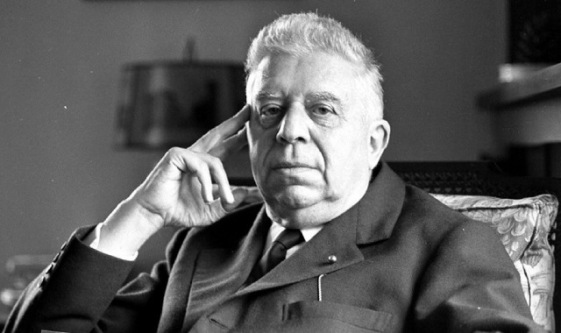 Translating Montale’s poems was a long and difficult process. Sometimes Keith and I spent days on one word trying to find the best possible meaning but also a word that had the right sound, because in poetry it is not only the meaning that counts; sounds and rhythm are important as well. The poems had to make sense and sound beautiful in another language. We were always wondering whether our translations conveyed the real meaning and were acceptable in English. By spending so much time on this process and agonising over our choices, we hoped that we would not mislead our future readers.

Translating is not just conveying the meaning and it does not involve creating a new piece of art; the translator needs to find a good balance between being faithful to the original and producing a meaningful, interesting piece in translation – something that doesn’t jar in the other language. Montale is particularly difficult to translate because he combines different prosodic characteristics and renews them in various ways, connecting sounds and words that on the face of it seem jarring and using dialect and unusual, sophisticated expressions and creative, innovative images.

In our translations, we tried to remain faithful to the meaning of the original poem but at the same time aimed to create poems that work in English that might give some indication of the poetic effects of Montale’s work.

(Readers can access the originals by clicking on the Italian titles. Editor)

Be elated if wind over the orchard
blows back the billow-surge of life:
here where a lifeless net
of memories sinks
was not a garden, but a reliquary.

The fluttering in your ear is no flight,
but a stirring of the eternal womb;
watch this desolate spit of land
transform into a crucible.

There’s irritation this side of the high wall.
If you go on perhaps you’ll meet
the spectre who’ll save you:
here are stories written and acts
erased in the illusion of the future.

Look for a crack in the net
that binds us tight, slip through, escape!
Go, this was my plea for you—now my thirst
will ease, lack the bitterness of rust.

Perhaps one morning walking in dry glass air
I’ll turn and witness the miracle:
there’ll be nothing behind me, just a void,
and I’ll stare with a drunkard’s terror.

Then, as if on a screen, trees houses hills
will appear as a piece in the usual illusion.
But it will be too late; I’ll go on in silence
among those who don’t look back, with my secret.

I WOULD HAVE LIKED TO FEEL RUDE AND ESSENTIAL

I would have liked to feel rude and essential
like the pebbles you roll,
corroded by the salt;
a fragment outside time, witness
to a cold, enduring will.
I was different: a contemplative man
who in himself, and others, sees the fury
of fleeting life—a man who delays an act
which done, can never be undone.
I wanted to find the evil
that gnaws at the world, the smallest bend
in the lever that jams
the universal machine; and I saw
all the events of a moment
as if leading to total collapse.
Having followed the track of one path
I felt the lure of the other in my heart;
perhaps I needed the knife that severs,
the mind that resolves and decides.
I needed other books,
not your roaring page.
But I have no regrets: you still unravel
the internal knots with your song.
And now your delirium rises to the stars.

HOUSE BY THE SEA

The journey ends here:
in the trivia that divides the soul
incapable of crying out.
Now minutes are equal and fixed
like the spinning of the pump wheel.
One turn: the raised water rumbles.
Another turn: more water, and some creaking.

The journey ends here, on this beach
that’s touched by the constant slow stream.
Nothing reveals the sea but the idle mist
weaved into hollows by the light breeze:
and humpy Corsica or Capraia
rarely appear in the mute calm
of the wandering islands of the air.

You ask if everything dissolves
in this little fog of memories;
if in the lazy hour or breaker’s sigh
every destiny’s fulfilled.
I would like to say no, it isn’t so,
the hour comes when you’ll pass beyond time;
maybe only those who will it become infinite,
and who knows if you can. I know I can’t.
I think for most of us there’s no salvation,
but there’ll always be some who upset the plan,
cross the threshold, find what they willed.
I’d like to show you this way out
before giving up;
it’s as fleeting as the froth and ripple
in the heaving fields of the sea.
I give you my miserly hope as well.
I’m too weary to expand it for the future.
I offer it in pledge for your destiny,
so you’ll escape.

The road ends at these shores
eroded by the tidal ebb and flow.
Your heart is near but doesn’t hear:
maybe it’s already set sail for the eternal.

To me it seemed an easy game
to transmute to nothing
the nothing that opened for me,
your certain fire to uncertain tedium.

Now I have linked my tardy motives
to that emptiness,
the desire to wait for you alive
is checked by the arduous void.

The life that gleams
is the only one you see.
You lean out towards it
from this eternally dull window.

The baroque convent
of foam and biscuit
veiled a glimpse of smooth water
and sumptuous tables, scattered
with leaves and ginger.

A swimmer surfaced, dripping
beneath a cloud of gnats.
He asked about our trip, spoke at length
of his own in the country beyond.

He pointed to the toll bridge ahead of us
costing (he said) a penny to cross over.
Then with a wave he submerged,
to be one with the current…
and in his place
an outrider scampered from the boathouse,
a yapping dachshund,

The lampblack of the mirror loses
shadows of flight. (No trace of yours.)
A sponge across a golden circle chases
the defenceless glimmers.
I searched for your stones, corals, in
the strong power that beguiles you;
I flee the goddess that remains discarnate,
bear the desires till burned by your lightening.
Beetle wings drone outside, the insane
death march drones on, knows two lives don’t count.
Evening’s soft medusas return
to the frame. Your imprint will come
from below: squalid hands
fasten the corals to your lobes.

Even a feather floating down the air
can suggest your shape, or a sunbeam playing hide-and-seek
among the furniture, the reflection from a child’s mirror,
or skylight on the roof. Round the circuit of the town walls
threads of vapour stream from the poplar spires
while perched below is the knife-grinder’s parrot
in a ruffle of green temper. And then the suffocating night
engulfing the square, and footsteps, and always this breathless struggle,
sinking under to rise up the same from nightmares lasting
centuries, or seconds, that can’t win back the light of your eyes
inside the incandescent cave—then the same screams
and long wailing on the veranda
if suddenly the shot rings out that reddens your throat and clips your wings,
you dangerous herald of dawn,
and the cloisters and hospitals awake
to the strident brass of reveille…

The thick white cloud of mad moths
swirls around feeble streetlights and parapets,
spreading a blanket on the ground
that crunches like sugar underfoot;
the coming summer frees the night frost
locked in the dead season’s secret caves
among terraces falling from Maiano
stepwise down the hillside to these sands.

Just now a fiend flew down the street
to the heiling of fascist thugs; a Hellmouth
hung with swastikas opened wide, engulfed
him in its flames; the shop windows,
innocuous, are shuttered up, though armed
with cannons and battle toys; the butcher’s shut
who adorned the muzzles of his goats with berries;
the feast of mild murderers, blood-ignorant,
changed to a horrid shindig of shattered wings,
larvae on the flood plains, water gnawing
at the banks, and no one’s innocent anymore.

All for nothing then?—and the Roman candles
in San Giovanni that slowly bleached the horizon,
and the pledges and long goodbyes strong as baptism
in the dismal wait of the horde (but a jewel streaked
the air sowing the ice and shoreline with Tobias’s
seven angels, seed of the future), and the heliotropes
born of your hands—all burned, sucked dry by a pollen
that hisses like fire, stings like hail…
Oh the wounded Spring
is still a feast day if it could freeze this death to death!
Look up, Clizia, it’s your fate, you who keep through change
unchanging love, till the blind sun inside you is blinded
in the Other, and destroys itself for all in Him. Maybe now
the sirens and the peals that hail the monsters on the evening
of their pandemonium are blending with the sound released
from heaven that comes down to conquer—and with it breathes
a dawn that will reappear tomorrow for us all, white,
but lacking wings of terror, to the scorched rivers of the south.

Carla Scarano D’Antonio lives in Surrey with her family. She has a degree in Foreign Languages and Literature and a degree in Italian Language and Literature from the University of Rome, La Sapienza. She obtained her Master of Arts in Creative Writing at Lancaster University and has published her creative work in various magazines and reviews. Alongside Keith Lander, Carla won the first prize of the Dryden Translation Competition 2016 for their translations of Eugenio Montale’s poems. Her short collection Negotiating Caponata was published in July 2020. She worked on a PhD on Margaret Atwood’s work at the University of Reading and graduated in April 2021. http://carlascarano.blogspot.com/ and http://www.carlascaranod.co.uk/

Keith Lander gained an MA in creative writing from Manchester Metropolitan University in 2008, studying with Simon Armitage and Carol Ann Duffy. His work has appeared in The North, Envoi, Obsessed with Pipework and a several anthologies. His poems have appeared on the long list of the National Poetry competition three times. Keith is a regular member of the Cross Border Poetry Stanza. His debut pamphlet Pandemonium was published in 2019 by Yaffle Press.

3 thoughts on “Eugenio Montale: On the Threshold”