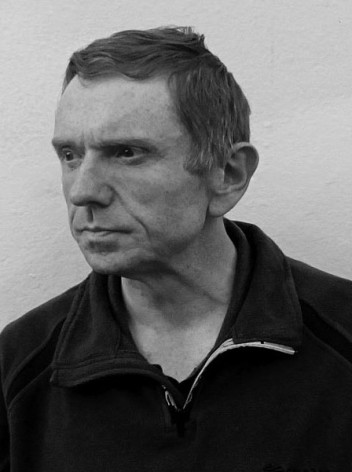 Jim Ward has had three solo exhibitions of his artwork 20 Shades of Pencil Grey and some of these pieces are on display in Charlie Byrne’s Bookshop, Galway, Club Áras na nGael, Galway and An Taibhdhearc, Galway (the Irish Language National Theatre). He has exhibited in the online magazine Dodging the Rain, Galway Cartoon Festival twice, 1916 by Local Artists and been a cartoonist in Ropes literary journal (Magazine of Cúirt International Literary Festival), Culture Matters Anthology, in An Phoblacht and Village Magazine online under the pseudonym ‘Breacaire’ , the Irish for ‘Doodler’. 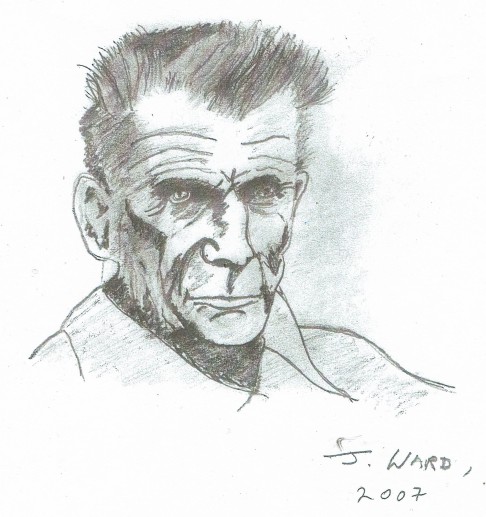 ‘There’s man all over for you, blaming on his boots the fault of his feet.’ 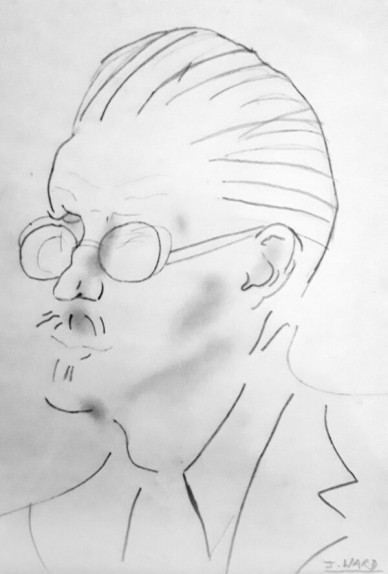 ‘Every night as I gazed up at the window I said to myself softly the word paralysis.’ – The Sisters

‘He was not sure what idea he wished to express but the thought that a poetic moment had touched upon him took life within him like an infant hope.’ –  A Little Cloud

‘ But my body was like a harp and her words and gestures were like fingers running upon the wires.’  – Araby 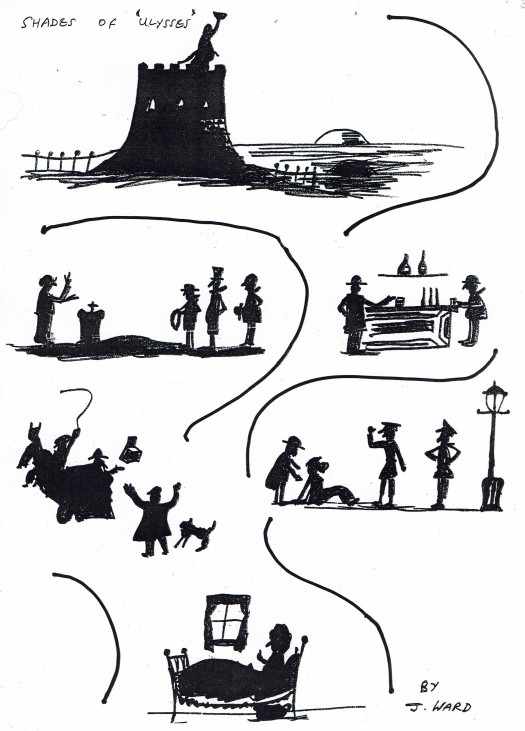 ‘A man of genius makes no mistakes. His errors are volitional
and are the portals of discovery.’

‘Every life is in many days, day after day. We walk through ourselves, meeting robbers, ghosts, giants, old men, young men, wives, widows, brothers-in-love, but always meeting ourselves.’

xxxx
‘History, Stephen said, is a nightmare from which I am trying to awake.’
xxxx
(Ulysses, 1922)
xxxxx 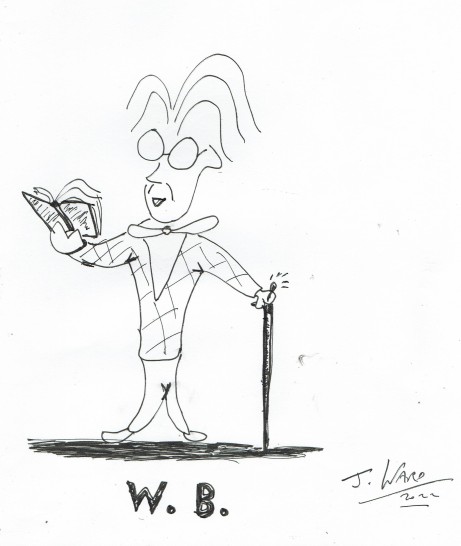 That is no country for old men. The young
In one another’s arms, birds in the trees,
—Those dying generations—at their song,
The salmon-falls, the mackerel-crowded seas,
Fish, flesh, or fowl, commend all summer long
Whatever is begotten, born, and dies.
Caught in that sensual music all neglect
Monuments of unageing intellect.

An aged man is but a paltry thing,
A tattered coat upon a stick, unless
Soul clap its hands and sing, and louder sing
For every tatter in its mortal dress,
Nor is there singing school but studying
Monuments of its own magnificence;
And therefore I have sailed the seas and come
To the holy city of Byzantium.

O sages standing in God’s holy fire
As in the gold mosaic of a wall,
Come from the holy fire, perne in a gyre,
And be the singing-masters of my soul.
Consume my heart away; sick with desire
And fastened to a dying animal
It knows not what it is; and gather me
Into the artifice of eternity.

Once out of nature I shall never take
My bodily form from any natural thing,
But such a form as Grecian goldsmiths make
Of hammered gold and gold enamelling
To keep a drowsy Emperor awake;
Or set upon a golden bough to sing
To lords and ladies of Byzantium
Of what is past, or passing, or to come.