Kathryn de Leon is originally from California but has been living in England for ten years. She has   had poems published in a number of small magazines in the US, and has just begun submitting poems to magazines in the UK. As her work is not widely known in the UK,  I asked Kathryn to write a few paragraphs about her progress as a poet and what poetry means to her. You will find her response below. 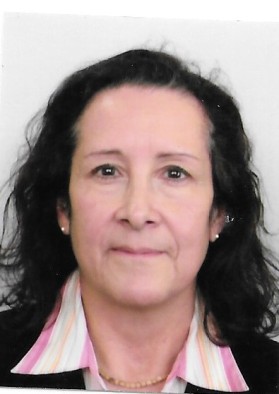 ‘I wrote poems regularly from about 1970 (when I was very young!) until the mid 1990s.
From the mid-90s until about 2015 I didn’t do much writing. Once in a while, I would begin  writing regularly, only to stop and not write for a few years at a time.

Recently, I’ve been reading through copies of the magazines which published my poems in the 80s and 90s. I had not read these poems for a few decades because the magazines had been boxed and stored at my sister’s house in California since the mid-1990s when I moved temporarily to Japan. Not until 2017, when I visited California for the first time in seven years, did I see these magazines again. I brought them back to England with me, but then they sat in boxes for another three years.

Going through mye old poems has made me realise how important poetry has always been to me. During my years of very little writing, it was always in the back of my mind. I missed poetry. I guess I always knew that when the time was right, I would return to it, or it would return to me. And I’m happy to say poetry and I have been together again since 2015.

As poets we should realise that poetry might come and go from our lives but when it comes, we must hold onto it and follow it wherever it leads us.’

A DREAM OF A FRIEND WHO COMMITTED SUICIDE

You have changed your mind.
You did not choose death after all.
You have chosen sky and light and colour.

You did not pull on life’s elusive reins,
nor shout stop to the mirror.

You have cancelled death, called it off,
taken it back like a regretted comment,
your blood is flowing again,
your heart restarted,
it’s starry beeps rhythmically peaking
from the straight line
death had drawn for you.

I am so relieved.

Your hair is the same honey-blond thickness
of thirty five years ago.
We are both young again.
This is an everybody-wins dream.

You smile and we talk
as if death were unheard of,
the furthest thing from us.

The indelible finish line
your marked for yourself
has been washed away,
all the tears of your sad life
collected and poured
like holy water
to give you and me
this deep, final cleansing.

THE AFTERNOON IS WEEPING

The afternoon is weeping against the window.
The sky is missing.
The sun is blindfolded.
The trees are as empty as my hands.

An afternoon of glass,
too wet and cold to go outside.
An afternoon as slow and grey
as sadness.

A lost day,
a ruined day,
blurry and useless.

The afternoon is weeping against the window,
its tears dripping down
like shooting stars
that no one is wishing upon.

Something inside us breaks loose,
flies away forever,
when a family member dies.
Even if that person
was not so close,
even if you lost contact with him years before.

As children
we and our siblings played together.
We shared blood,
my father’s and your mother’s.
So much blood at play
without a thought.
Without a care.

When did we give up childhood, youth?
When did we begin to grow old?
But you have given up even that.

The children we once were
are still playing.
They’ll never stop.
The games we played are all lost.

But our blood has lasted.
I’ll pull it onward
through a few more years
like a broken kite
that can just leave the ground.

Goodbye, my cousin.
You now take your place
with those of us already gone.
You have taken
a bit of my father with you.

You are a bookmark,
one of many that will fill
the remainder of my life,

A silver face high on the wall,
I looked up at it
as if into the face of God.
Buddha-like, eyes closed,
pursed lips protruding and slightly opened
as if whispering prayers.
Silver earrings dangled luxuriously
from silver ears.

I could hear the mask breathing.
Its breath warmed the room.
(I now realise this must have been
the radiator on the wall nearby.)

Aunt Carmen’s house, so far from home
we had to pack suitcases
for countless visits to this distant world.
(In reality, only ninety miles from home.)

But those rooms felt as safe as home.
Their green and yellow walls
comforted like winter blankets.

Countless hours were spent
sleepily listening to the voices of gathered aunts,
uncles, and cousins,
my father’s mother, and my parents,
all speaking Spanish,
their strange words soothing litanies
moving through the room,
moving through the years.

The mask was always there, like the moon,
silver and full of prayers
for me.

A LITTLE BOY BY THE SEA

He won’t remember this warm May afternoon.
He’ll forget his hand is tiny
encased in the ancient God-hand
of his father
as they walk by the sea,
a full-blue sky with sun
and soft winds.

Too many days will crowd in
between today and the future.
Then the years will come
like endless bullies
pushing and wrestling
so many of his days
from his crowded memory.

Today will fall like a thin book
from a packed shelf,
forgotten.

He won’t remember this warm May afternoon,
how he walked with his father,
ghostly as the soundless sailboats
gliding white over the sea’s distant blue,

changing nothing,
leaving nothing behind,
on this forgotten day.

But for now at least
he’s smiling.

A kaleidoscope of fruit,
a miracle of fruit.
Coolers hum a single note of praise
for the fruit.

A woman’s voice
dreamily announces “dear customers,”
her words unclear but soothing
like a vicar’s voice
gently blessing me and the fruit.

Watermelon from Brazil,
pineapple from Costa Rica,
strawberries from Morocco,
grapes from South Africa.
The fruit has travelled far
from strong summer places
hot and huge with sun.

Outside, March is grey,
its flowerless, thoughtless cold
a sin against my body
still buried beneath layers of winter clothing.

I touch the fruits’ sainted skins
like the soft faces of babies,
dreaming of far away lands
as distant and holy
as heaven.