Jean Atkin’s recently published  second collection, How Time is in Fields (Indigo Dreams Publishing, 2019) explores the way the countryside contains all times, alert to our shared space and encounters with other lives, other creatures, other centuries.  These poems reflect shifts of season, folklore and state of mind, as they transport us from a Victorian ascent of Mont Blanc, to the mythic flight of the chough on Cornish cliffs, or from the mist-soaked cliffs of Under Hooken in Devon, to a moment in Long Field in south Cumbria half a century ago. 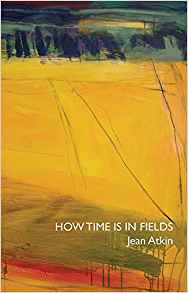 ‘Out on the stubble, squinting at sun, we held the yaw
and flare of ponies in their weaving line –
tightened the rising lightness on the bit
– till a shout
hairtriggered them to flight –’

‘The book is marvellous. It is absolutely grounded in the landscape so much so that at times the reader feels the landscape and its inhabitants are speaking directly to us. And the language is earthy and idiomatic. I keep returning to individual poems, but wherever and whenever I dip in I am immediately enclosed in that net which binds the whole together.
A real achievement.’ (John Killick)

Jean Atkin: Four Poems from How Time is in Fields 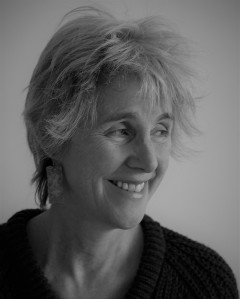 I say King Arthur did not die
pyrrhocorax pyrrhocorax, fire-crow
but was transformed into the chough

I say he flew with a beak of stolen firebrands
pyrrhocorax pyrrhocorax, fire-crow
a flame torn through this watered air

O fire-crow on my sill, thieving a copper nail from me
(the headland green, sea flat as a page)
O dark bird stealing glass beads from the blue

to press into a nest of roots
and thrift, all
that glamour for an egg

He splits at edge of land the feathered wind
pyrrhocorax pyrrhocorax, fire-crow
with farandole of fire-flashed beak and feet

in Cornish, Palores,
the digger, driving
Tintagel-deep with that blood bill

KING FOR A DAY

and looked down into clouds
which unrolled
into blue. Then found I could
invert

the whole hill, the trees
suspended
from the skyline by
their roots

the shops still open
and one man
on his hands like a clown.
Parish boundaries

unravelled at
the hedgelines
and the church turned
upside down.

On the night the snowfields above the cottage
became bright maps of somewhere else, we
climbed up in the crump of each others’ boots.

Capstones of walls charcoaled the white.
The hawthorns prickled it. And a leaping trace below
a dyke was slots of ghost deer gone into the fells.

There were rags of sheep’s wool freezing on the barbs
and lean clouds dragged the roundness of the moon.
Jupiter shone steady to the south. It was so cold.

And the children threw snowballs, all the time.
My old coat took the muffled thump of them.

Night snow shirred our mittens with silk. We turned
for home, left our shouts hung out in the glittery dark.