*****
Caroline Maldonado is a poet and translator, living in the UK and Italy. Her poems have appeared in many journals, anthologies and online and have won or been placed in competitions. http://www.poetrypf.co.uk/carolinemaldonadobiog.shtml

For seven years she chaired the Board of Trustees of Modern Poetry in Translation and recently she curated a selection of Italian poetry for THW: https://thehighwindowpress.com/category/translation/

This selection is taken from a longer sequence, The soil will know. The sequence relates to my life in rural Italy, where I’ve had a home for nearly twenty years. I am on the edge of a small hilltop village in a rural area with Italian neighbours whose families have lived there for generations. Houses have fallen and been built since I’ve been there. In 2016 there was a major earthquake followed by aftershocks that brought down whole villages, written about in her forthcoming collection, Faultlines, and many are still living in temporary homes. Over the years, large numbers of refugees have arrived on Italian shores and political support for neo-fascist parties has grown, while on a personal level I have benefitted from the extreme kindness and generosity of my neighbours. These and other experiences seem to me to have a wider significance than to this small geographical area and they all feature in my writing.

Caroline Maldonado: Six Poems from The soil will know 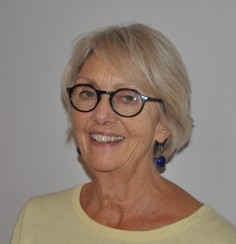 The corridor’s gone where
Quinta (the fifth born)

would line up fresh cheeses
on the unpainted shelves.

Down below we turned stalls
into kitchen. The trough

is stacked with tins of
tomatoes, packets of pasta.

We’ve kept the pig sty
and the cantina for wine.

metal wire, hammers, hoes
and harness for the oxen.

You carry back plates from
terrace to house, rooms light up

like New Year fireworks,
one after another, so that from

outside I can see the oak beams
in the old man’s room.

He built this house stone
on stone. It has passed father

to daughter, daughter to son
and now to us, on loan.

The morning sun grows stronger,
their feathers burn brighter
and all the while I’m listening
to you and so I must shift

tucked into the wall’s brickwork
how long will it take
for this dark cloud to shift?

leaving the animal alone
on its back with its
quills – so exquisitely designed
for its defence – spread out
underneath it like
a rush mat in the dust.

The raised feet I remember.
Pink and padded, five digits
for toes, and four fingers
with a regressed thumb
to grasp a piece of fruit.
In its belly a red hole.

Wolves multiply
in the high forests,

slaughter our livestock.
Nobody can touch them.

We defend our homes
and children with guns.

We chase intruders
back into the sea.

Now is a time of broom,
sunbursts of light

explode in our hills
but wolves are breeding.

Note:  ‘A wolfish time has come, the time of Fascism.’  Vasily Grossman

Today I could hear no birdsong
over the voice
of the wind.

A fox in the shed.
The cats have
run for cover.

Where has the moon escaped to?
Is it hiding, red
and troubled,

in gaps between the houses?
Or is it seeking shelter
in a doorway?

No mauve sky over the treetops.
No moon.
Only darkness

that one day will
blow us away
if the wind doesn’t change.

This land’s inside you.
When its plates shift
your flesh
quivers
under your skin.

When they collide
and villages crumble you
stumble
like a toddler
and must re-learn
your first steps.

but when I enter or leave
a church I don’t
cross myself
out of respect for His house
and here I have neighbours
but no relations.

This land’s inside you.
In the end
its soil
will know how
to receive you.

1 thought on “Caroline Maldonado: The Soil Will Know”