Shanta Acharya, born and educated in India, won a scholarship to Oxford, where she was awarded the Doctor of Philosophy for her study on Ralph Waldo Emerson. She was a visiting scholar at Harvard University before moving to London, where she lives. The author of eleven books, her latest is Imagine: New and Selected Poems (HarperCollins, India; 2017). www.shantaacharya.com 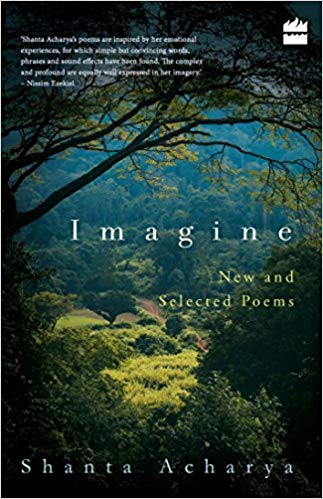 OF GODS AND GODDESSES

mingle with scent of musk melons in the market-
place. Arcs of desire bouncing behind bodices

distract from the arcane business of the day –
the purchase of perfectly ripe melons and lemons.

Luscious the sway of hips of heavenly creatures
with the look of flowers looked upon their faces.

Irresistible the rush of hormones, pheromones
when the body acquires a mind of its own.

Thrown into a state of confusion, a young man
possessed by an irrepressible desire

Pyramid-like, serendipitously provide
the cover he needed. Reviving from his fainting

spell, the world in his hands defying gravity,
levitates in the aura of gods and goddesses.