Like almost all practising artists nowadays, I have had to earn a living through a ‘portfolio career’, parlaying varied skills into varied income streams. My craft skills have generally been those considered as traditionally female – particularly knitting and sewing – and those types of skills have often been dismissed or disregarded by the realms of art and culture, so I am inviting viewers of The High Window to pay renewed attention to these practices and to see how they enrich and decorate our world.

I have designed, made and sold things, designed and made bespoke commissioned things, and have taught other people how to design and make things, so the worlds of yarn and textile do tend to lift my soul. I am including here three images from knitwear that I designed, made and wore, and an image from a wall-hanging I made – which hangs on my wall – celebrating Jimi Hendrix, himself no stranger at all to style, colour and rich fabric.

I am also including a poem (from my collection Melusine published by Mudfog in September 2021) entitled ‘Five-petalled’. This poem celebrates both my parents, but particularly my mother, who passed on her textile skills to me, even though she wasn’t always entirely comfortable with what I went on to make and wear. 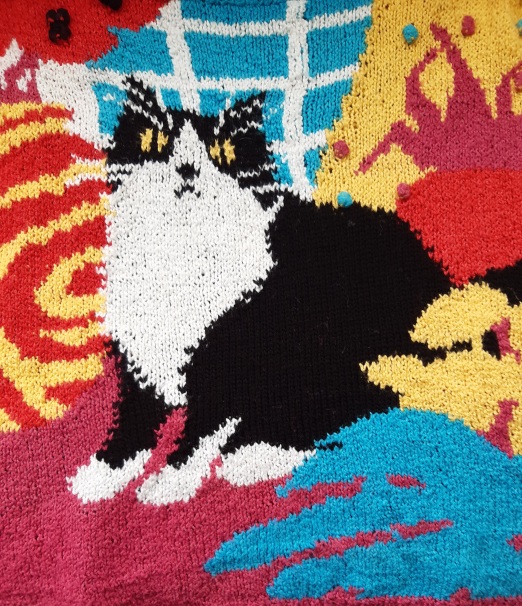 And for those of you who recognise the quote, here’s Jimi’s Purple Haze

I have inherited my mother’s hands
So far, my fingers are straight
my skills direct, my touch still welcome
but I am already disconcerted
by two small liver spots
and I do not think I shall bear
distortion, refusal
with such fortitude