In 2020/21 I had the pleasure of working as a writer, artist and community development artist/writer on a project called ‘Virtual Ark’. This project, funded primarily by Arts Council England, was led by visual artist Paul Evans, and was an experimental bit of creative community outreach on behalf of the Frozen Ark. Frozen Ark is a biobank of cryogenically frozen DNA specimens which identifies and stores DNA from endangered species around the planet, to contribute to global breeding programmes and for future research, and it is housed within Cardiff and Nottingham Universities.

I contributed these four poems and accompanying illustrations, and also supported a number of community groups to write about endangered animals that they love, and in some instances to make artworks. Paul Evans worked with schoolchildren to create 3D models, and then incorporated them into a beautiful digital animation, which I urge you to check out.
Now we hope to develop the project further and to promote the vital work of Frozen Ark – but that will be subject to funding, of course.

The Arkansas fatmucket – what can it be?
Does it hide underground? Does it nest up a tree?
Does it roar like a lion, or coo like a dove?
Does it live very long? Is it lucky in love?
Does it raise many babies, or coddle one egg?
Does it crawl on its belly, or hop on one leg?
Is it shining and lovely, or dismal and grim?
Does it flap? Does it fly? Does it silkily swim?
Can it cure all diseases, or colonise space?
Will it happily cuddle, or spit in your face?
Is it big as an elephant? Small as a dot?
Are there two? Are there twenty? A little? A lot?
Well, I’ve heard that it’s stumbling,
and if it should fall,
will it matter a great deal, or scarcely at all?
There are so many questions,
not least of them why
is the Arkansas fatmucket waving bye-bye?
And there’s little time left for researching
because – what the fatmucket is
will soon be
what it
was. 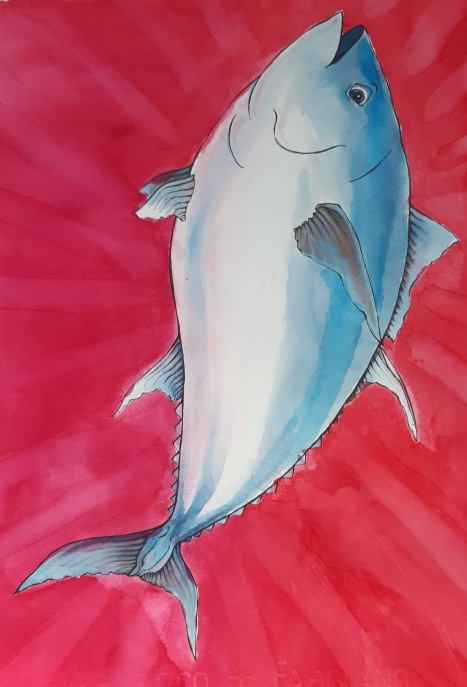 The tasty, thus targeted, tuna,
to eat it we couldn’t be keener –
which makes its good flavour a downer,
for the tuna I mean, not the diner;
the fishermen catch it with sonar,
and sell tiny bits for a tenner,
which means it’s a jolly good earner;
they sell what remains to the canner
then we eat it for lunch and for dinner,
which makes its demise a no-brainer,
and shortly it will be a goner,
and surely not later but sooner;
if only it could do a runner,
the tasty, and sorrowed for, tuna.

Petalled together into
Heavenly confetti

In Dominica and Montserrat
there lives a curious creature that
makes foaming nests, barks like a dog –
it’s called the Mountain Chicken Frog.

Unluckily, this hapless beast
provided an ‘informal’ feast
and (though it’s not what we might wish)
became the islands’ national dish,

and there were other dangers too:
volcanoes added to the stew –
so chicken frogs were busy trying
to avoid both types of frying.

But then times changed, I’m glad to say,
and now the frog is back to stay,
as people positively strive
to keep the MCF alive.

In Dominica and Montserrat
there lives a curious creature that
hops up a hill, beds in a bog –
it’s called the Mountain Chicken Frog!