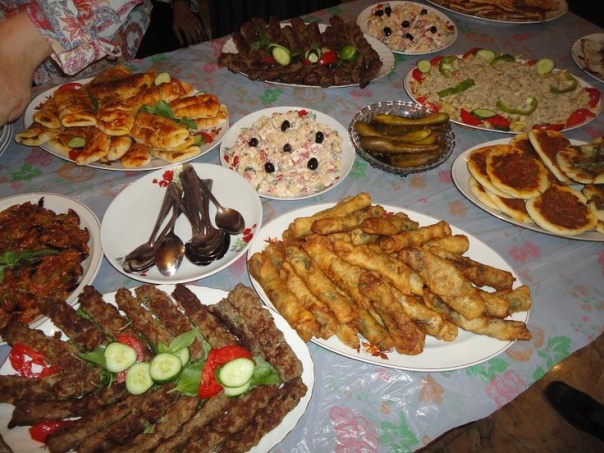 Abeer Ameer’s poems have been published in online and print journals including Acumen, Planet, The Interpreter’s House, Tears in the Fence, Envoi, Magma, Long Poem Magazine, New Welsh Reader and Under the Radar. She is currently working on a collection of poems based on stories from Iraq. Her debut collection is due to be published by Seren in 2021. 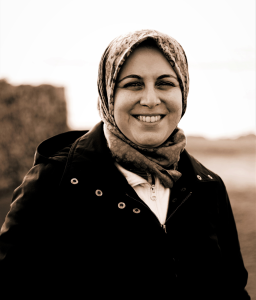 Her groom is a fan of Um Kulthum
insists on explaining each word of the songs,
says Um Kulthum sings to God.
Each song lasts at least an hour.
She doesn’t get it; it’s not music one can dance to.

Kawkab always takes so long
to get the words out. Dark glasses
silk handkerchief in her right hand
full orchestra behind her
as the crowd sways Allah, Allah.
Many lost their minds
to become the Majnun of her Layla.

The bride humours her groom, smiles,
wishes the lyrical dissection would end quick.
Doesn’t say she prefers
Abdul-Haleem Hafez, Fayruz, the Bee Gees.
They are newly-weds after all.

She’s in a cold land, her groom’s long johns
not enough to keep her warm.
She wants to go back to where they came from.
She writes letters to her sisters each day
wonders when she’ll receive an airmail envelope
addressed to her in Iraqi ink. The smell of home.

She doesn’t know that in years to come
she’ll drive a beige Honda with faulty carburettor
will stall on each school run
but keep going as the tape stops and starts
she’ll play sides A and B
of Um Kulthum cassettes
on repeat to stay warm,
translate and explain every song
word for word
to each of her five children.

Innocent bystander,
also known as collateral damage
The usual story for his type:
minding his own business
tending to his pomelos and pomegranates
and watering his carnations. His grand-daughter watches
as he spreads fig leaf sap to cure his psoriatic plaques.

Guided missiles
don’t show the usual signs of guidance.
They don’t shout Hallelujah
they don’t clap in praise of the Lord
and they don’t quietly come seeking
a Bodhi tree under which to sit cross-legged
to reach Enlightenment.

They do bring with them
an almighty blast of fire and light.
For eons
people speak of them in many tongues
and warn of the preceding hum
leaving bystanders
in eternal stand-by.

Read the finjaan for us, Um Ali
the women of Baghdad used to say.
Days when delicate cups filled with black coffee
were offered more often in joy than sorrow.

In joy, coffee is sweetened
scented with cardamon
served with pastries; klaicha of dates
or rosewater pistachios.

In sorrow, taste grief’s bitterness with the host
which no sugar can sweeten
and inhale the cigarette smoke
with which it is served.

When the women gathered
to hear Um Ali on lighter days,
she always accepted.
The ladies drank bittersweet

until the thickness gathered at the bottom
of the cup without handles,
and turned it over.
Hopeful for a blessed future.

Um Ali loved to gaze upon the dark hieroglyphs
on the walls of the cup. Fish, snakes, horses
and letters told her secrets
in tongues only she could understand.

Ibsumee Um Ali would say.
The drinker eagerly pressed her right thumb
into the coffee sludge at the bottom
hoping that the harder she pressed, better moons would appear.

But Um Ali does not read now.
When women request her foretelling
she smiles, dismisses it as superstition,
jokes that Jinn don’t talk to her anymore.

Those who know Um Ali know.
They remember from that last time the creases in her forehead,
the constriction of her pupils, the quake in her voice.
She will never read again. No-one can bear to know the future here.

Young man with a wide smile and straight white teeth,
hums Eh Mambo as he combs his black, wavy hair
to a perfect middle parting. He could be a film star.
He’s sells fabric in Baghdad markets by day, studies Law at night.

A father will soon be after his blood
but he can’t help that the ladies love his green eyes.
A daughter offers herself for marriage as he brings down rolls of fabric;
he lowers his head, hands her the folded silk, smiles.

His sisters find him a young lady
all approve of the match
Blessed first with two daughters, then two sons,
he protects them with all he knows.

He keeps them away from rabbits, far from their bad luck
regrets that he paid little heed at thirteen
when he brought one home to pet
and his father passed away just two days later.

He picks figs from the garden tree, favours fruit mentioned
in the Book. For every disease is a cure, he says
except for the greed of dishonest men.
He leaves the Law to please God.

And vinegar is a condiment for the prophets.
May you be blessed and comforted. Salt of the earth
makes his own vinegar from small apples or dates
keeps it in airtight jars up on the flat roof.

When it is dawn, he checks on his jars
as birds wait for him to pray.
He feeds them each morning after talking to God—
it’s an agreement they’ve made.

He makes skenjebeel, mixes vinegar, water, sugar and mint.
Lets ants stock up on stray grains, laughs like Soloman as they rush.
On Ashura, he offers cold water, honours ancestors who died thirsty,
tells his guests and birds to Drink.

He fasts Mondays and Thursdays, or every other day,
when Mukhabarat or militia pay a visit. Keeps his sons’ heads down,
to avoid the fate of uncles in mass graves.
He makes sure they study medicine, leave Iraq quick.

Old man with wide smile, combs his white, wavy hair to a perfect side parting,
hums Zooronee kul sana marra, hram tinsoonee bil mara*
He vinegar is the best hair conditioner.
and smells of fresh aftershave. There is nothing sour about him.

*“Please visit me at least once a year, it would be so sad if you forget me forever”