With this issue of The High Window we are featuring work from Animots in which our resident artist, Douglas Robertson, has collaborated with the poet Gordon Meade.

Born in Dundee, Doug now lives in Hampshire. An artist and teacher, he has worked on numerous collaboration projects and has exhibited widely throughout the UK. His work is in many public collections, including the Scottish Fisheries Museum and Comunn Eachdraidh Nis on the Isle of Lewis, and is included in the BBC’s ‘Your Paintings’.  In particular, he has worked on numerous collaborations with some of the countries finest poets, including Valerie Gilles, Harvey Holton, Kenneth White, Christine De Luca, and Andrew Philip. 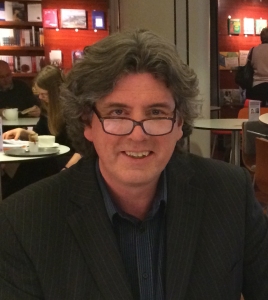 He is also currently working on collaboration projects with two poets, Isobel Dixon and Gordon Meade. In the course of their collaboration, Douglas and Isobel are responding to D.H. Lawrence’s poems from the 1923 poetry collection, Birds, Beasts and Flowers! in various ways, and to each other’s work as a result of this contemplation and ‘conversation’ with the themes of travel, encounters with nature, our identity, mortality and otherness. With Gordon, he is following on from their highly successful collaboration Les Animots – A Human Bestiary (Cultured Llama) with another collection of drawing and poems ENDangeRED, which will be published as an artist’s book in 2018.

Using the medieval concept of the bestiary, the collaboration deals with the relationship between humans and the other animals, using the different species as a starting point for contemplation.

The poems and images consider amongst other aspects how we treat animals, the celebration of the species and as a vehicle to examine human society.

The collection is divided into four galleries, suggesting a museum of artistic depiction of the animals, or as a guidebook to the sixty-eight species.

To view the complete collaboration and find out more about Les Animots, go to www.lesanimots.gallery, or click on the Animots section of Douglas’ website at www.douglasrobertson.co.uk.

Copies of Les Animots – A Human Besatiary are availabe here from Cultured Llama. 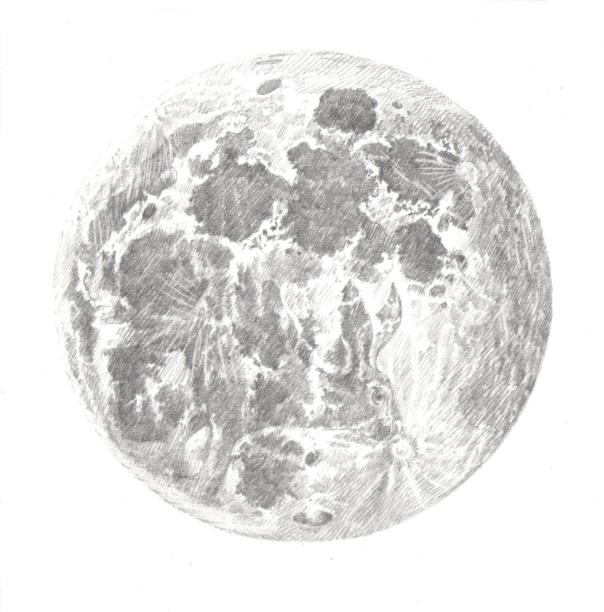 Hare has been accused
of many things: of licentious
behaviour in public view
and bare-knuckle boxing,
to name but two. Even Hare’s sanity
has been called into question
by a malicious few. Is it not amazing
what jealousy can make us do? We, whose
spiteful form, will never adorn
the surface of the moon. 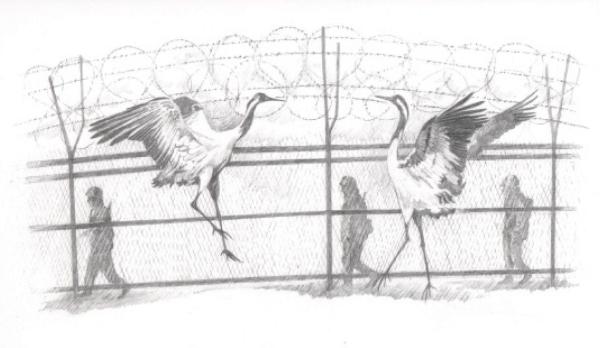 Crane can be seen, from time
to time, in the demilitarised zone
between North and South
Korea. He thinks it is one
of the most peaceful places on Earth.
Soon, he hopes, it will be made
into a nature reserve. Then,
there will be a real killing to be made.
If only because of an increase
in tourists. 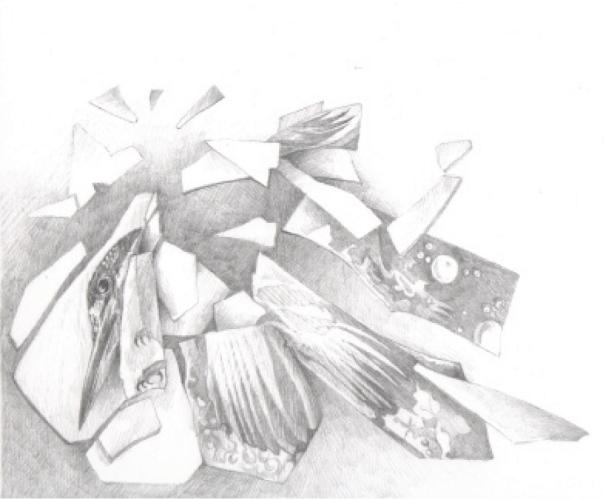 I have seen Kingfisher just once
and, even then, it was out of the corner
of my eye. I have a feeling that
Kingfisher has seen me many times
and has often been disappointed in what he saw.
We have different sorts of mirror.
His is made of water, which he can
dive straight through. Mine, on the other hand,
is made of glass; get too close to it
and it will shatter.

Gordon Meade is a Scottish poet who lives in Fife. Over the past twenty years or so he has divided his time between his own writing, devising creative writing courses for vunerable young people in a variety of different settings and reading from his own work in the United Kingdom, Belgium, Luxembourg and Germany.